Link with Green street should not be forgotten says MP

Posted by Sean Whetstone on September 30, 2017 in News, Whispers 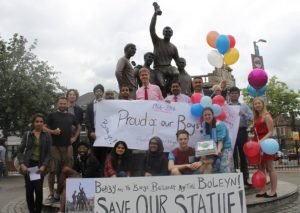 A year on from West Ham’s first matches at the London Stadium -and as families move into new flats in the club’s demolished Boleyn Ground – the Boleyn community came together today to ensure its football history is not forgotten. Over 50 cyclists, including the local MP and a unicyclist, made the 3-mile journey from the Bobby Moore statue outside the Boleyn pub to the Swansea match in the Olympic Park.

The cyclists and many well-wishers gathered at the Bobby Moore Statue in Upton Park to hear musical performances and speeches and remember over 100 years of history, before cycling along the Greenway to the Club’s new home. The Newham Dhol Academy musicians – better known for their performances in Glastonbury – drummed them off. 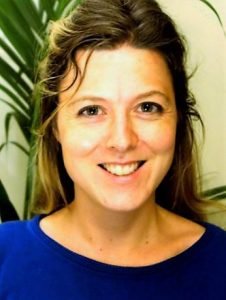 Speaking at the event Cllr Veronica Oakeshott, who founded the Bike from Boleyn campaign said

“We are building a new tradition. The club has moved but it is still accessible. Whereas once the residents of Boleyn were able to just walk out of their front doors and cross the road to see their favourite team, now we’re showing that the best way to get there is by bike!”

Local MP Stephen Timms said: “I support this campaign, along with the campaign to retain the Bobby Moore statue as part of our local heritage. One hundred years of history must not be forgotten.”

Chair of the Bike from Boleyn campaign, Gerard Bailey, said

“It’s hard to beat cycling over to the stadium singing Bubbles as you go! I reckon you can cycle as quickly from Upton Park as you can do the labyrinth walk from Stratford station.”

The event was supported by Barratt London, who are building the new homes on the former Boleyn Ground. 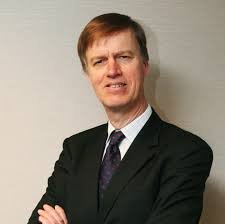 “I am proud that Barratt London has contributed towards this fantastic initiative which brings the community together and promotes cycling in the area through its excellent cycle route to Stratford. Since work commenced at Upton Gardens we have looked to build a positive legacy for the area through our work in the community and many benefits the project will deliver.”

Local businesses – hit hard by the Club’s move- are keen for fans to keep coming to their favourite places in Boleyn before matches. 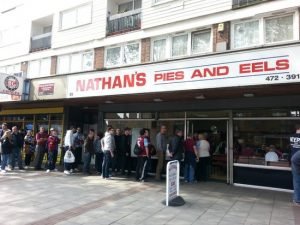 “We’ve been making our own pies for 90 years, you can’t get anything like it at the new stadium. If people still want a decent pie before the match they could do worse than come here and then nip over to the new stadium by bike.”

The Bike from Boleyn campaign exists to promote and maintain the links between Boleyn and West Ham United FC, as well as promote cycling in Newham. The campaign is supported by Newham Cyclists, who marshall the bike rides; the West Ham Supporters Club; and by the Mayor of Newham, who offers free match days tickets to twenty lucky participants.