Moyes claimed to be up there with Greenwood and Ramsey 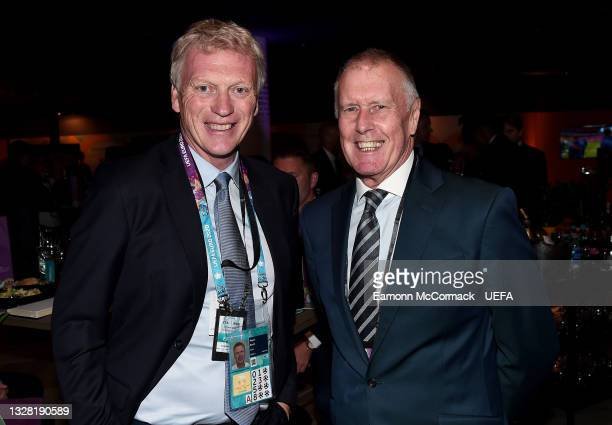 David Moyes could be payed no higher compliment than the one Geoff Hurst has decided to place on him.

The Hammers legend has played for some of the greatest managers in the English game and reckons David Moyes stands alongside them.

That’s one heck of a tribute from a man who knows as much about football as it’s possible to know and will be immortalised for his hat-trick role in the 1966 World Cup.

He believes there’s a chance that could happen again but that it is a big call to suggest three player from any club’s  academy will be essentially responsible.

But at the end of the day Hurst feels it’s down to the manager to ensure that the very best comes from his squad and sees that as the case with David Moyes.

Speaking to the official site he said: “The great spirit we had within the 1965 squad was a fundamental part of our success, and we are quite clearly seeing that today with the current West Ham team.

People use the word ‘resilience’ about the players, and there’s been a significant, vast, improvement under David Moyes. There’s no question about that.

If you go back and pick people out from different periods of our history, you look at our manager Ron Greenwood at West Ham, who was instrumental in our success.

[In 1966, England manager] Alf Ramsey was fundamentally hugely important to getting a team together over three years, and we’ve seen that with David Moyes and the current squad. That’s the quality of the manager.