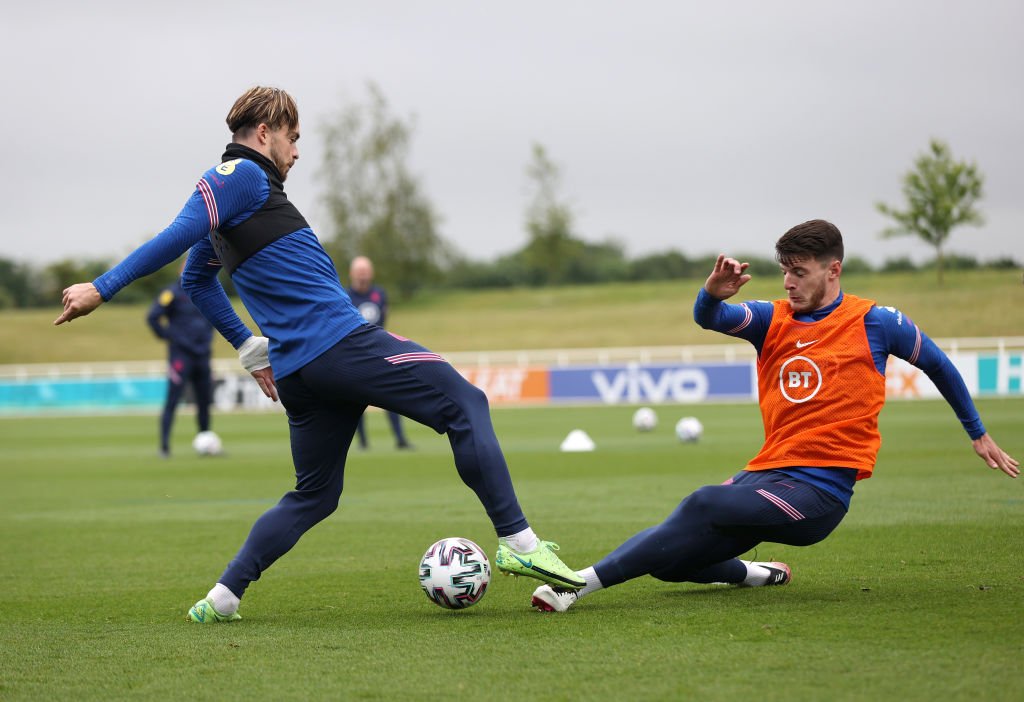 Hammer Declan Rice and Manchester City midfielder Jack Grealish have made up after an England training ground falling out.

Thepair had a little falling out during England training after Grealish took exception to what he felt was a foul on him by the West Ham defensive midfielder.

On the video which went viral on social media Grealish says: “I don’t get how you can say that that isn’t a foul.”

But Rice disagreed, telling his teammate Grealish: “I tried to block you and you ran into me, let’s watch it back.”

Grealish then appears to make an offensive comment that is inaudible and Rice throws his hands up before walking off.

The two made up later as Declan hugs Jack and they both smile to the camera.

Despite their heat of the moment bust-up, the two are friends off the pitch with Grealish often complementing Rice online for his recent Europa League goals and complaining why he hasn’t got a higher rating on the FIFA game.

Who thinks this was a foul ? ⚒⚒ #rice #grealish #england pic.twitter.com/CRLy0luxNC

One comment on “Rice makes up after training ground fall-out”