Despite lock down the transfer rumour mill is grinding into gear.

It is of course accepted this summer’s transfer window will be very different to the norm. with more and more financial hits on the way.

Transfers are sure to be at a premium. Even the biggest clubs will have to reign in their spending. For clubs like West Ham, who have always had to balance the books, the next window is likely to be viewed with understandable caution.

David Moyes has made no secret of his desire to build a young and energetic West Ham squad for the future, which may mean his transfer activity is more geared to who is going ‘out’ before thinking about who might be coming ‘in’.

As it stands  Carlos Sanchez and Pablo Zabaleta will be released as they are at the end of their contracts and Albian Ajeti is also prime candidate who would generate some money, although whether it would equal the £8m we paid for him is unlikely.

Andriy Yarmolenko is another who has disappointed in the grand scheme of things. Flashes of brilliance but all too rare for me. Plus the amount of time he has spent on the treatment table has been frustrating. 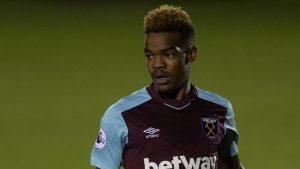 And talking about treatment tables, surely we have come to the end of the road with Jack Wilshere. We wouldn’t get a fee for him, but his wages would be a huge saving if the firm could do a mutual deal. Arthur Masuaku and Fabian Balbuena could be on the list, too.

Those are the obvious candidates, but I believe Moyes could even add a few more. Manuel Lanzini for one. The little Argentine’s form has fallen off a cliff. A move could not only benefit him but us as well.

Ryan Fredericks might be a candidate for a move, too especially with Grady Jeremy Ngakia emerging and Ben Johnson now recovered from injury and ready to compete for the right back berth. With all of those gone, Moyes would have room to introduce the new breed of player he wants. And maybe he wouldn’t have to look too far or dig too deep for replacements.

Grady Diangana has been a revelation for West Bromwich Albion since his loan at the Hawthorns – one of the reason’s Slaven Bilic’s side are on the threshold of the Premier League.

Grady would come into a competitive midfield, but he has shown he has the talent to earn himself a regular place. Pace and work rate feature highly on Moyes’ requirement – Diangana has both – and more. Josh Cullen has continued to impress at Charlton. He too is very much a Moyes kind of player. I see him back next season as part of the first team squad.

Nathan Holland, too has done himself no harm learning his trade at Oxford. He was tipped as genuine first team material by Terry Westley, and I am not going to argue. Xande Silva has overcome his health issues and is another who would benefit from the elevation to first team squad.

There will of course be a necessity for some newcomers, but they will have to be the right kind of players, and we shouldn’t expect them to be big money buys.

The marquee signings demanded in the past have been kicked down the road. When football returns it’s likely to be a whole new landscape, and as supporters we have to recognise that. But it might just be one many of us will feel more comfortable with.

6 comments on “Moyes may have a nine man exit list”