Moyes will team up with Iron he recommended to club 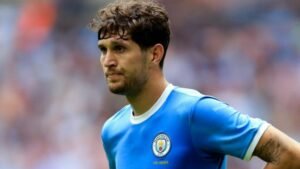 David Moyes is about to take charge of a player who he recommended to the club in the first place – Hammer of last year Lukasz Fabianski.

The goalkeeper was identified by the new manager towards the end of his time at the club and he revealed the situation to reporters at today’s Rush Green presser.

During a lengthy and entirely outgoing time with the media he was asked if any of the players now in the squad were suggested by him and he responded: “ It is easy to agree. I had agreed Fabianski would be joining because I made the contact and told the owner who we thought would be right. After that we had not got any further.”

He refused to name names that he may be interested in this time around but clearly won’t be looking for the kind of hugely expensive operators brought in by Manuel Pellegrini.

He said: ” I think it would be wrong to say that now because they are at other clubs. I’ve got a couple I could throw off the top of my head. I could name a couple of Championship people and people would say ‘that’s not very good’ but you might have said that with Sheffiled United and actually they’ve been sensational.

You need to give people opportunities and because of the world we’re in with social media, you name someone and everything’s a bit of a downer.

What we need to get is players who I think can carry on. And I’ve told you, I’ve got 18 months but I’m planning a lot longer.”

And he added: “Of course, we all want the sugar on the top of the cake, we want exciting players, nice names who
sound really good.

We also want something we know gives us a level of consistency most Saturdays. You need four or five players at least who are giving you seven out of 10, eight out of 10 most Saturdays.”

ClaretandHugh says: There seems unlikely to be any change in the Moyes transfer window policy we have seen from him down the years – the Championship is where he sees the rich pickings for comparative peanuts.. a situation he developed at Everton where chairman Bill Kenrwight – not the richest owner. It’s a policy which has served him well down the years with the likes of Phil Jagielka, John Stones and Joleon Lescott among his more inspired signings