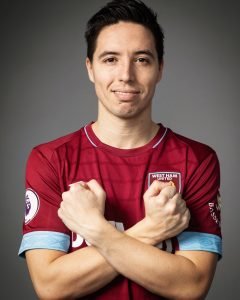 Samir Nasri is likely to turn down an offer of an extended contract on pay as you play basis.

The 31-year-old short term contract comes to end in June with just six appearances to his name he is unlikely to receive anything better from the Hammers.

The player did not endear himself to Manuel Pellegrini by turning up late to training at Rush Green in his last week of preparations in the run-up to the end of the season before the Watford game on Sunday and that could have been the reason for his absence in the matchday squad over the weekend.