Posted by Sean Whetstone on September 24, 2020 in Academy News, Whispers 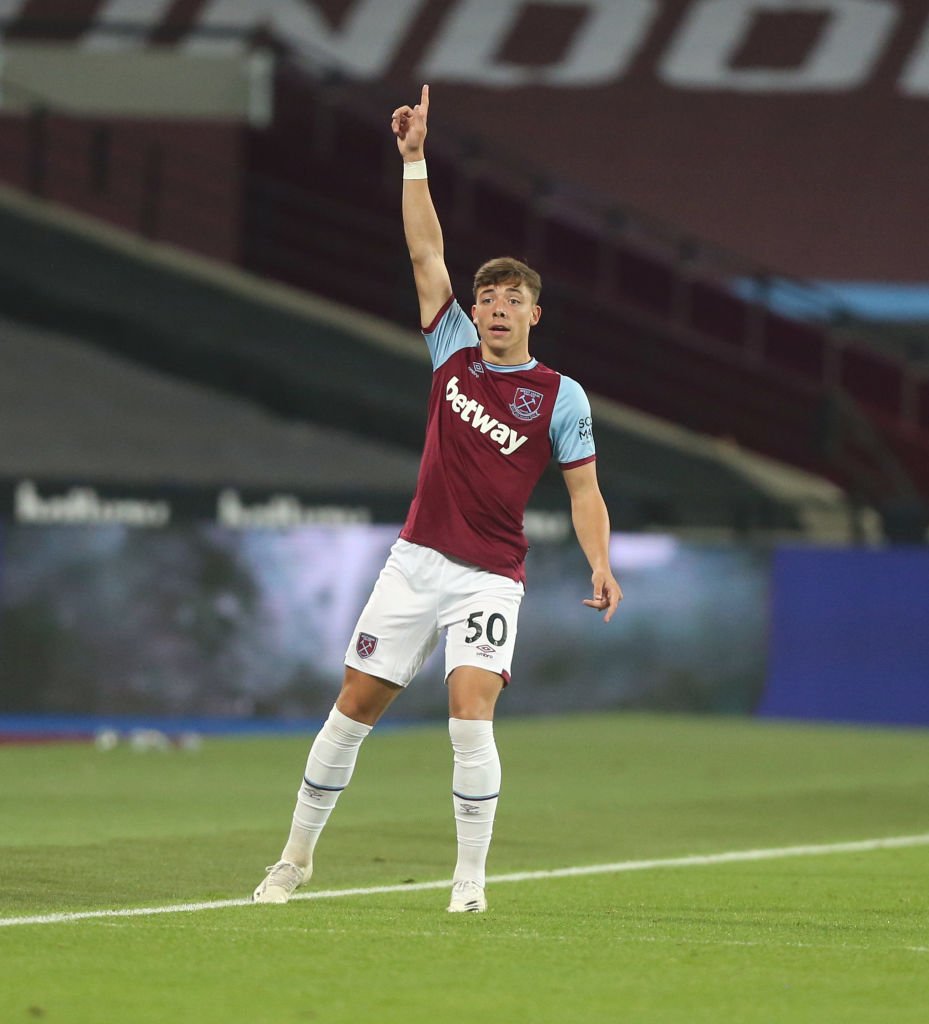 Exciting new kid on the Hammers block Harrison Ashby comes from a footballing family from which his dad Barry Ashby made over 270 appearances for Gillingham as defender over seven years.

He had quite a few offers from clubs around London as a young kid joining Chelsea Under ten’s for a few years before switching West Ham at the age of nine.

He started off as winger but has converted to an attack-minded right-back and has been a fixture in West Ham United’s U18 squad since the 2017/18 season.

He made his Scotland U19 debut in a friendly draw with Japan in Murcia on 5 September 2019, before doing likewise for West Ham’s U23s just days later in dramatic fashion.

When a fellow defender pulled out during the warm-up against Valencia ‘B’ in the Premier League International Cup, Ashby sprung into action as an auxiliary centre-back, partnering 15-year-old and fellow debutant Jamal Baptiste to help the Hammers to a vital clean sheet in a 1-0 win.

Ashby’s Premier League 2 debut followed in a 2-0 win over West Bromwich Albion just five days later, while he continued to play an important role for the U18s, netting a brace in their last game of the season against Leicester.

Ashby subsequently signed his first professional contract with West Ham in the summer of 2020 making his first-team debut for West Ham in the Carabao Cup second-round win over Charlton Athletic coming on as a substitute on the 84th minute.

He was rewarded with his first senior start for West Ham against Hull City in the 5-1 win in the Carabao Cup midweek playing for 69 minutes on the pitch.

It has been quite a week for Harrison with Scot Gemmill announcing the West Ham prospect has earned his promotion from the U19s to the U21s squad after his senior Hammers debut recently.

Earlier this summer his dad Barry spoke to Kent Sports News to explain how proud he is of his son’s following his footsteps into football.

In future articles, we will cover  our new Hammers kids on the block,  Ali Alese and Emmanuel Longelo

2 comments on “New kid on the block feature – Harrison Ashby”