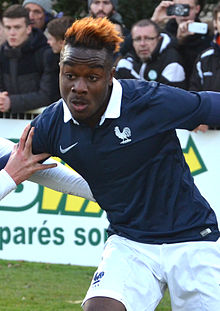 ExWestHamUnited employee has announced that the Hammers may try to sign Maxwel Cornet if they can’t finish the deal on Filip Kostic.

Filip has been an alleged  key target for West Ham but there seems to be a complication due to a possible conflict between the chairmen of the clubs.

With that in mind, the deal may never happen, leaving the Hammers seeking out other players to fill the left side role for the upcoming season.

Cornet is said to be the alternative if the Kostic deal cant be finalised.

While posting an update on The West Ham Way Patreon page, Ex explained: “Should this [Kostic] deal not progress, which at this stage the hope still remains that it will, the club could explore the signing of Maxwel Cornet of Burnley.”

The Kostic deal can still very well be done but fans may be happy to hear there is a potential backup lined up just in case.

And Cornet, who is said to be available for a ‘bargain‘ fee, could be a decent option for the Hammers thanks to his Premier League experience. Indeed, last season he played 26 times in the division for Burnley, scoring nine goals.