No stadium issues as Chelsea head for derby clash

Posted by Sean Whetstone on February 28, 2017 in News, Whispers 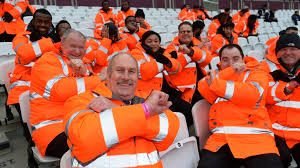 It’s business as usual for Monday night’s game against Chelsea with the club believing nine trouble free games have set the tone for life at the London Stadium.

Beyond the five point plan introduced after the previous EFL game game against Chelsea in October the club, operators and police are planning no extra precautions.

‘The Metropolitan Police has an appropriate, proportionate and robust policing plan in place for the West Ham United vs Chelsea match on March 6,’ a spokesperson for the Met Police told the Daily Mail.

‘These plans have been put in place in consultation with key partners including both clubs, the stadium operators and British Transport Police to prevent any crime and disorder at the match.’

Despite trouble at the beginning of the season Chelsea fans have many more arrests this season than West Ham.

West Ham are understood to be third in the arrest table of five London clubs dispelling the myth that our supporters cause the most trouble.