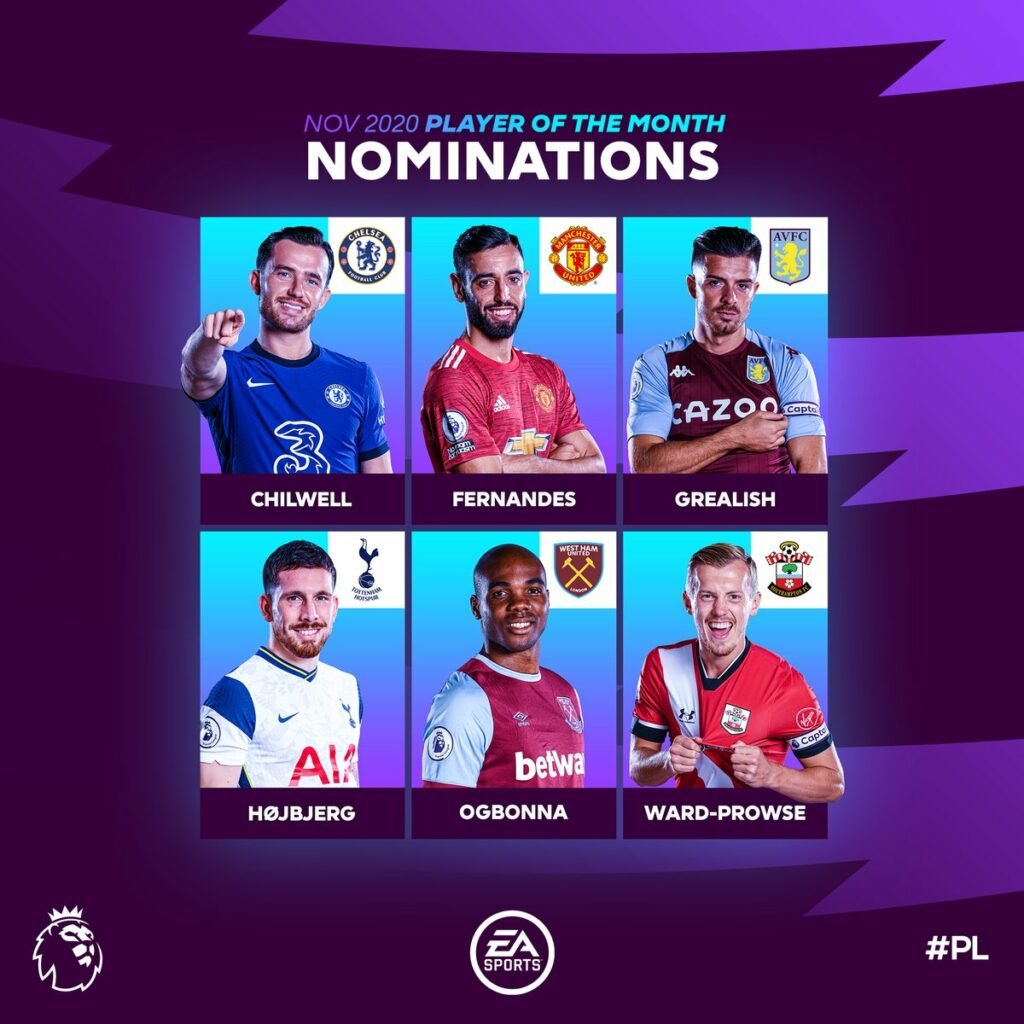 Six players have been shortlisted for November’s EA SPORTS Player of the Month award and supporters can now help to decide the winner.

The votes from the public will be combined with those of the 20 club captains and a panel of football experts to decide the winner, who will be revealed next week.

Ben Chilwell (CHE)
P3 W2 D1 L0 G1 A0 CS1
The left-back scored his second goal of the season in a 4-1 victory over Sheffield United, earned a clean sheet against Tottenham Hotspur and contributed to another Chelsea shutout at Newcastle United.

Bruno Fernandes (MUN)
P4 W3 D0 L1 G4 A1
The Portuguese scored in three successive matches, netting twice and providing an assist in a fine performance at Everton before finding the target in wins over West Bromwich Albion and Southampton.

Jack Grealish (AVL)
P4 W1 D0 L3 G2 A2
Aston Villa’s captain excelled as he scored and claimed an assist against Southampton, set up a goal in the impressive 3-0 triumph at Arsenal and found the net from long range at West Ham United.

Angelo Ogbonna (WHU)
P3 W3 D0 L0 G1 A0 CS1
Ogbonna scored a towering header in the 2-1 win over Villa, earned a clean sheet at Sheff Utd and contributed to another shutout versus Fulham.

James Ward-Prowse (SOU)
P4 W2 D1 L1 G3 A2
He was at the heart of Southampton’s midfield as they finished November in sixth place, scoring three wonderful free-kicks and providing assists from two more pinpoint set-pieces.