Pellegrini could land manager of the month

Posted by Sean Whetstone on December 30, 2018 in News, Whispers 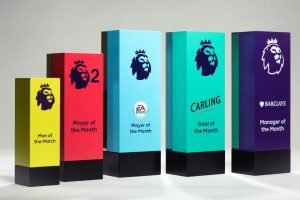 West Ham manager Manuel Pellegrini must be in with a very good shout of picking up the Premier Manager of the month for December after five wins out of six and possibly sixth yet to come today.

The Premier League Manager of the Month is an award that recognises the best adjudged Premier League manager each month of the season. The winner is chosen by a combination of an online public vote on the Premier League website, which contributes to 10% of the final tally, and a panel of experts (below).

Sam Allardyce was the last West Ham manager to win the award in October 2014 having previously won it in February 2014, before that it was Alan Pardew in February 2006 and Glenn Roeder in March 2003. The only other West Ham winner of the award was Harry Redknapp in November in 1998.

2 comments on “Pellegrini could land manager of the month”