Pep and Stones give their verdicts on Hammers 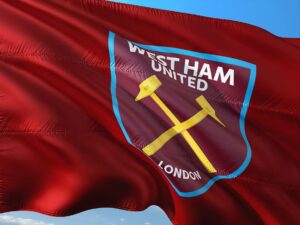 West Ham fans may have doubts about the Irons can keep up the Champions League and footballwhispers has a list of betting tips that might exacerbate those doubts – and by this time next week, it looks impossible for us to still be in the top four with the other clubs playing ahead of us.

Make no mistake, the boys scared City with their effort, attacking abilities and brilliantly organised defensive set up and shape.

Their determination was never better shown than when they came from behind to equalise with the first goal scored at the Etihad since December 16.

This is a very different West Ham United to those we have seen over too many dour and desperate seasons and that most certainly was not lost on the City manager or player.

Both went out of their way to pay them real credit with the manager saying: “It was really tough, difficult because the opponent is incredibly composed and they have everything.

“It is a big compliment for West Ham.”John Stones was also hugely complimentary of West Ham, showing how far they have come.He said: “A lot of credit to West Ham – we knew what they were going to come and do,” Stones said after getting the winner .“How they’ve been playing recently and their position in the table, it speaks for itself.

“I give a lot of credit to them. They gave us a great game today and we had to fight them right up until the last few minutes, and they made it difficult.”