Poll: Should David Moyes be offered a new contract? 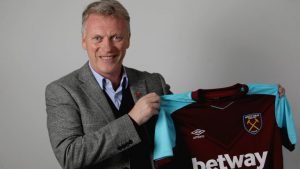 Today, however, in  ClaretandHugh’s latest poll we ask a simple question – should the board be offering him a new contract based his performance so far.

Has he done enough to warrant a new deal whatever happens or have you seen enough to want to a change?

OR is the jury out until the end of the season. Let us know in the poll below:

If you have problems voting please click at http://poll.fm/5xn8f