However, his tweet was later deleted by the on loan midfielder whose future remains in doubt.

Meanwhile, the club  have cleared the mystery behind the over sized West Ham shirt pictured with Mauro Zarate yesterday.

A club media officer revealed “To end the speculation, the shirt is an XXXL! Unfortunately there is no smaller stock left in the Club Store! Mauro didn’t seem to mind” 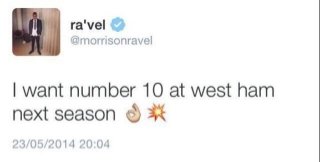 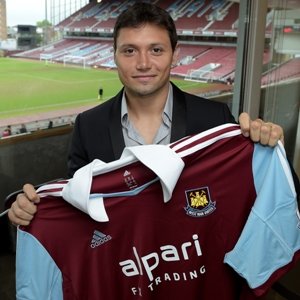