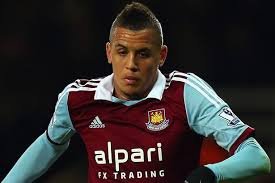 Ravel Morrison was not only overlooked in today’s Queens Park Rangers Wembley starting line-up in the play-off final against Derby County …but also as a first half sub!

Big questions are bound to be asked as to quite why as Harry Redknapp turned to Armand Traore when Niko Kranjcar disappeared with what appeared to be a hamstring problem.

The Queens Park Rangers manager has been singing Morrison’s praises all season but has completely overlooked him up to the 38th minute.

The England under 21 year old Hammer – on loan to Rangers until the end of this game – looked a like for like substitution for Kranjcar.

Morrison had tweeted on the eve of the big game that he wanted the West Ham No 10 shirt next season which seemed odd given the size of today’s game.