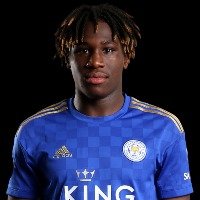 Football Insider claims that West Ham have tabled an offer for  Leicester City rising star Calvin Ughelumba, as they look to sign him by tomorrow night.

The report says the Hammers see Ughelumba as a potential star in the making and they are hoping to lure him away from their Premier League rivals. Ughelumba has come through the youth ranks at Leicester after joining the club in 2015 following a successful trial.  The 20-year-old, who can play at left-back as well as centre-back but has yet to make his first-team debut for Leicester.

Ughelumba has been a regular for Leicester’s Under-18s and Under-23s side and featured for them in the UEFA Youth League.

The left back position is not thought to be a priority for David Moyes in the January transfer window so this appears to be one for the future. Depending on his contract position it could be that he is being lined up for a move the West Ham Academy.