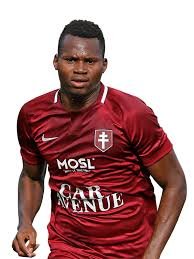 West Ham could make a late bid for Metz striker Habib Diallo before the transfer window closes tomorrow. Chelsea are reported to have have offered £17 million for the 24-year-old forward earlier this month.

Leicester City, Newcastle United and Spurs have also been linked with the Senegalese international. The young striker has scored 10 goals in 19 appearances for Metz this season and scored 26  last season to inspire Metz’s promotion to Ligue 1.

The goalscorer earned his first Senegal call-up in 2018 and has one goal in four caps for his country. Earlier this month the Sun suggested the player was strongly linked to West Ham in addition to Chelsea.

Hognon insists his forward is not leaving the club in January, seven months after he extended his Metz contract which now runs to 2022.

“I have never been told about the departure of Habib Diallo this winter,” Hognon was quoted as saying by Lequipe.