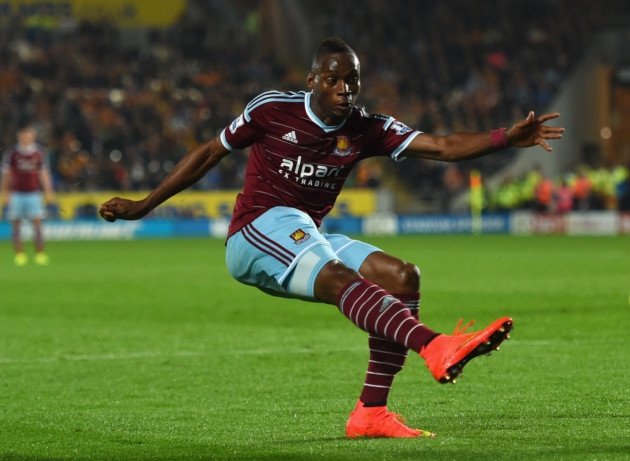 Chief shareholder and co-chairman David Sullivan has been keen to reward the player “for excellence” after the striker scored seven times in has last seven appearances to become the sensation of the season.

As a result, his money has rocketed by £9k a week from £16k to £25k plus extra appearance money worth up to £600k. The 24 year old has agreed an extra year on his deal as part of the package which keeps him at the club until 2019.

We had revealed a new deal was ‘on’ when we reported over a week ago: “West Ham are set to talk new terms with goal machine Diafra Sakho as a ‘reward for excellence” with an insider quoted as saying “David Sullivan is keen to reward the player for excellence.”

The is and ts of the deal have been crossed although the new contract will not be signed before tomorrow’s game against Villa.

A source told ClaretandHugh: “It’s all agreed verbally and is set to be signed but  it won’t be done before tomorrow’s game.

“We are delighted to have been able to get this sorted out and have the player on board for another year. It’s a very good deal for everybody”