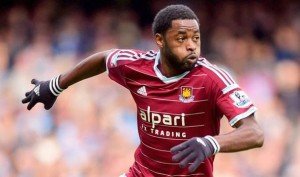 Doubts surround Alex Song as the team prepare for the clash with Swansea this afternoon.

ClaretandHugh understands the player has been suffering from a sickness bug which may keep him out of the team for the match which kicks off in just under an hour and a half.

He is understood to have made himself available after suffering from sore knees but is believed to have [picked up a minor infection A decision is currently being made.