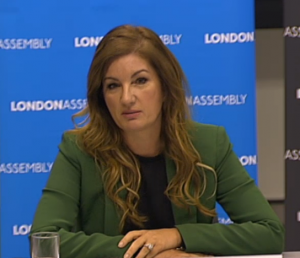 The Z name will soon be back to haunt us again and David Moyes has a huge decision to make on Sunday as to whether he plays him or not at Leicester City.

Nobody is coming out of this ghastly affair well – player, manager, club and notably the media department of West Ham United.

With the headlines swirling around every few minutes football has been forgotten, the top four position is incidental as for the first time in my memory, animal rights becomes a part of football. ONLY WEST HAM!

The latest announcement has just appeared but the situation and where the club stood should have been made clear at the outset to avoid what has become a massive media feeding frenzy when it’s clear the club has been doing what fans call leaking and media departments call press briefing – same thing really!

It all means the media department believe they are ensuring the club doesn’t become the whipping boys when in fact the opposite is known to be the case by fans!

Here’s what they are NOW saying anyway:

West Ham United can confirm that the Club is supporting an RSPCA investigation into the actions of Kurt Zouma in the video circulated online this week.

Kurt and the Club are co-operating fully with the investigation and the player has willingly complied with the steps taken in the initial stage of the process, including delivering his family’s two cats to the RSPCA for assessment. Kurt is extremely remorseful and, like everyone at the Club, fully understands the depth of feeling surrounding the incident and the need for action to be taken.

Separate to the RSPCA’s investigation and pending further sanction once the outcome of that process is determined, West Ham United can confirm that Kurt Zouma has been fined the maximum amount possible following his actions in the video that circulated. The player has immediately accepted the fine, which both he and the Club agreed will be donated to animal welfare charities.

West Ham United would like to reiterate our condemnation of Kurt’s actions and make it clear that the matter continues to be handled with the utmost seriousness. However, we believe it is now important to allow the RSPCA to conduct their investigation in a fair and thorough manner, and will be making no further comment at this stage.

At the outtset instead of blasting a major announcement across their official website Karren Brady and her merry band of media people almost hid claiming merely the club would deal with it internally and in so doing created the biggest media feeding frenzy we and other clubs have ever faced (probably).

Did they not understand how we are in this country about such issues and wanted them to make their situation clear – that was the way to go. It would have put the club in a much stronger and respected position. Instead we have a media mess of epic proportions.

Dealing with things internally smacks of “sweeping it under the carpet” when this demanded a positive and very straightforward damning of what had happened so every proper media person working on newspapers, in broadcasting and on websites knew where the club stood.

Now the RSPCA and police are involved and  the Z man’s cats have been taken away. At any other firm where there were such going ons the person at the centre of it all would be suspended.

Instead, the Z man played for the team because there was a seeming absence of clarity on where everybody stood.

I’ve read both that Moyes was right to play him, wrong to play him and that the the board was right and wrong to allow it to happen.

One thing is certain – the media department has said nothing since the “it will be dealt with internally ” line – which actually means no more will be said about it on the official site if past experience is a guide.

This media madness needs to stop

We all need to know where we stand!