Three Hammers in London team of the week 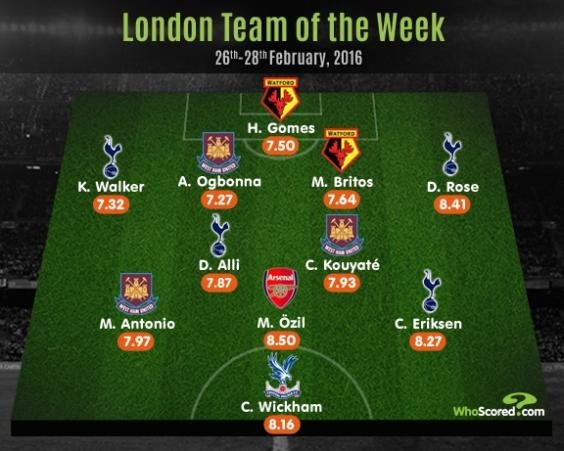 Michail Antonio – the hero for West Ham against Sam Allardyce’s Black Cats makes the cut for his well-taken goal at the Boleyn Ground  as does Angelo Ogbonna and Cheikhou Kouyate, who made four key tackles, four interceptions, eight ball recoveries and 35 accurate passes (according to Opta) on Saturday, also feature in the London team of the week.

Unfortunately Spurs have four players in the London team of the week ahead of our London derby against them on Wednesday evening.

2 comments on “Three Hammers in London team of the week”