Posted by Sean Whetstone on April 21, 2020 in Videos, Whispers 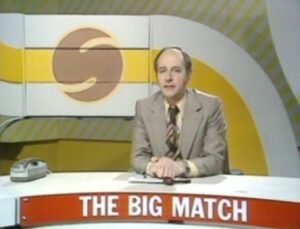 ITV’s Big Match Cameras were on hand to witness the last game of the 1977/78 season with commentator Brian Moore.

In the 1977–78 season West Ham United were relegated from the First Division after twenty years in the top flight since their promotion in 1958. Despite winning six of their last nine league matches, they paid the price for a terrible start to the season that had seen them win just one of their first twelve games, and were relegated when they lost their last match to Liverpool and Wolverhampton Wanderers beat Aston Villa  The Hammers finished one point behind Queens Park Rangers and went down to the Second Division alongside Newcastle United and Leicester City.

← Some European leagues could be cancelled admit UEFA
Video: West Ham BBC Match of the day →
Click Here for Comments >