West Ham’s fitness level caught the eye at Ipswich last night as the team battled to a hard-fought 2-1 pre-season win at Ipswich Town.

The Hammers were pushed hard by Kieran McKenna’s Tractor Boys but goals from Kurt Zouma and Dan Chesters plus a great rear-guard effort in the closing stages saw them hold on well. 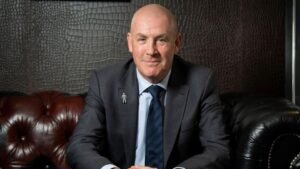 They were confronted with an entirely new line up in the second half as the Town boss replaced the starting lune up entirely.

As had been the case against Servette. the Hammers looked really fit – a hallmark of the Moyes management approach of course

The lads stuck to the job really well on one of the hottest and muggiest nights of the year so far.

He said: “We got 90 minutes in the senior boys’ legs and the young ones contributed as well, which is important as they’ve worked hard in St Andrews and last week in France.”

And he warned: It was good to see that tonight and, as I said, important to see the seniors get that work into their legs and now as the games start to ramp up and increase, I’m sure the manager will start to prioritise positions, but it was really pleasing tonight.

We went to Servette last Friday night, a team three or four weeks ahead of us in their preparation, and it could easily have been a banana skin but the boys coped very well and found a way to win.

The Hammers meet Reading on Saturday and Rangers next Tuesday as the games begin to increase intensity.