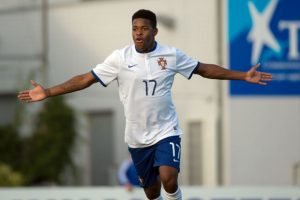 The 21-year-old forward has put pen to paper on a three-year deal from Portuguese side Vitoria, subject to international clearance. The £1.8m capture with £1.3m of potential add-ons is a small gamble for the future.

Silva has made 26 appearances in Primeira Liga in his career to date, scoring once, having joined from Sporting in 2014.

He is a pacy right-footed forward who can also be deployed on the wing. He will join up with the West Ham Academy U23 squad along side Toni Martinez and be encouraged to make the step up for an early break through to first team as soon as possible.

West Ham have signed the the 18 year old striker Toni Martinez from Valencia on a three-year contract in the Summer of 2016 for £2.7m. Over the past two seasons Martinez has 24 appearances in the Development squad scoring 19 times and making 3 assists. He was loaned out to Oxford United making 15 appearances and scoring one goal and also loaned out to Real Valladolid last season making 10 appearances and netting just once.