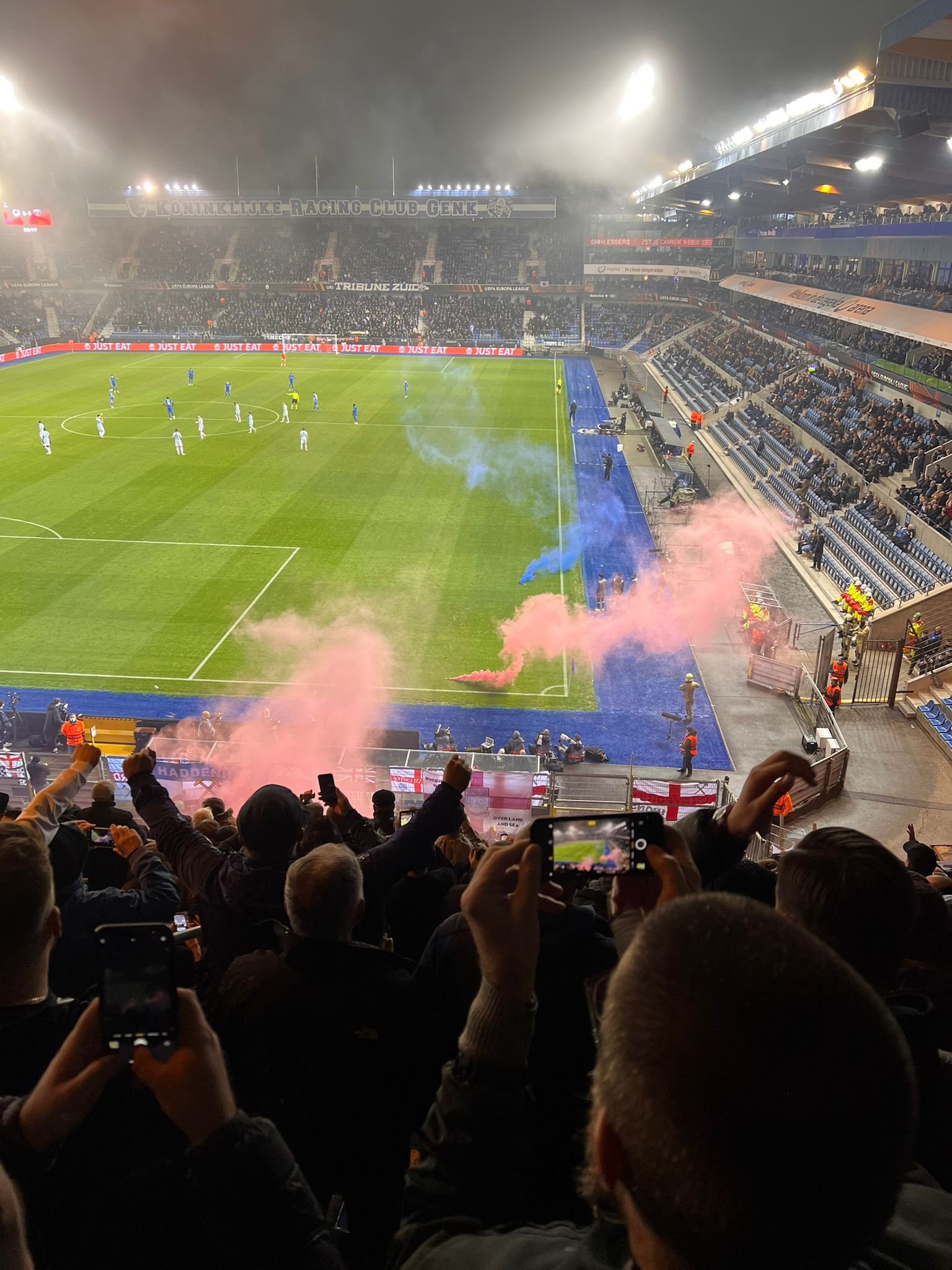 West Ham have this afternoon released an official statement confirming that the Club has reluctantly accepted sanctions from UEFA in relation to our Europa League Group H away fixture against KRC Genk on Thursday 4 November.

This means that Hammers supporters will, regrettably, not be permitted to travel for the next Europa League away fixture – against Rapid Vienna on Thursday 25 November.

The club say: “The Club’s acceptance of the sanctions follows receipt of the written reasons from UEFA’s Control, Ethics and Disciplinary Body (CEDB) relating to the incidents which have led to West Ham United supporters being unable to attend the fixture in Vienna and the Club being fined.

Despite the Club’s robust processes around our own security and operations in support of our ticketed fans who travelled to Genk, evidence has been presented to confirm that a small number of ticketless individuals caused disturbances and illegally gained entrance to Genk’s stadium.

West Ham United condemn the behaviour of this group of individuals and we are working to identify them following their actions, which have now ultimately led to our supporters – the vast majority of whom behaved impeccably in Belgium – being punished and resulting in David Moyes’ team being forced to play in Austria without the backing of the Club’s fans, whose loyal and passionate support has spurred the Hammers on during an unbeaten opening four games of the Europa League adventure so far.

While the Club accepts the sanctions, we also wish to place on record our disappointment at the extremely short notice of the measures, which were received eleven days after the fixture in Genk and just over a week ahead of the match against Rapid Vienna which has limited our options significantly, and has sadly impacted supporters who have booked return travel and accommodation in Austria. The Club has had to consider these supporters and the impact on them both for this fixture and future fixtures if this process was subject to further delays.

Supporters who have already purchased tickets from West Ham United for the fixture in Vienna next week will automatically receive their refund via their original form of payment by 5pm on Wednesday 24 November. Any supporters who have not received their refund by that time are kindly asked to contact the Ticket Office on 0330 030 1966.

Now that attendance at the match is no longer permitted, West Ham United strongly urges supporters NOT to travel to Vienna next week. Fans will not be granted access to the Allianz Stadion and any attempt to enter the stadium could lead to further sanctions for the individuals and the Club in the future.”