Young Jaanai will “work all summer” 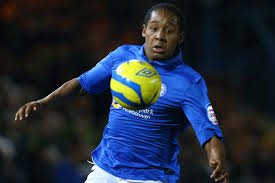 Young striker Jaanai Gordon’s season appears to be over after the £3 million striker suffered a hamstring injury.

The unlucky 18 year old broke his leg last season before suffering a groin injury ahead of this latest setback.

But his former Peterborough United director of football, Barry Fry, with whom Jaanai spent time at the Posh’s recent Johnstone’s Paint Cup winning appearance at Wembley is backing the  boy to make a rapid return.

He said: “He’s been unfortunate but this is a very determined young man who will be training all summer to make sure he’s ready for next season whatever that may hold for him.”

The Hammers swooped on the youngster during the January transfer window at a fee believed to be in the region of £3 million.

The injury, however, ruled him out of an England under-19 call up but Fry reported he is in good shape.

He told ClaretandHugh exclusively: “He loves life at the club and couldn’t be happier. Before the injury he was being played wide on the right and is the type of kid to accept whatever role he’s asked to adopt.

“He joined us at Wembley for the win over Chesterfield and was full of himself . he wanted to be part of the day having helped us reach the final.”