Hammers on the back foot 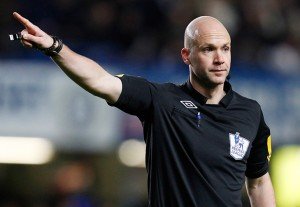 The Hammers are are on the back foot to avoid a double defeat when Wolves arrive at the London Stadium tomorrow (Sun).

We lost 1-0 up there in November having scored a double defeat on the men in gold and black last season.

Jarrod Bowen scored twice in the 4-0 home win over Wolves in September 2020, then again in the 3-2 victory at Molineux in April last year, when Jesse Lingard and Pablo Fornals were also on target.

Those results ended a four-match losing run against the men from Molineux, who did the double over the Hammers themselves in both 2018/19 and 2019/20 – before winning the first game this termwith Raúl Jiménez scoring the only goal of the game in November.

Overall, Wolves have won six of the eleven Premier League meetings between the two clubs, with West Ham winning four and one draw.

The match will be broadcast live on Sky Sports Main Event and Sky Sports Premier League with live coverage starting from 1pm.

Referee for the game is Anthony Taylor