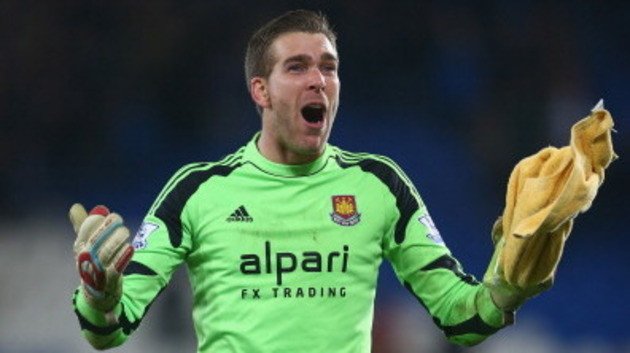 West Ham are this morning being reported as ready to offer goalkeeper Adrian a new deal..

The Spaniard has been in brilliant form all season even gaining the attention of the Spaniah international set-up.

He signed a three­-year contract when he moved to Upton Park which runs out next year but according to The Mirror the club are keen to sort out a new deal.

There is a two­-year option to extend the deal but Adrian has been such a success that the club hierarchy and management want to ensure he stays.

← Leroy: ‘We let ourselves down”
Macca’s mixed emotions →
Click Here for Comments >