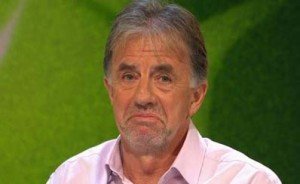 BBC pundit Mark Lawrenson believes West Ham will stretch their unbeaten run in the Premier League tonight but will have to settle for a point tonight.

Lawro told the BBC website “West Ham were well beaten at Wigan in the FA Cup on Saturday, but their form in the Premier League remains strong. The same goes for Crystal Palace, who are also out of the FA Cup, but whose only league defeats since early November have come home and away against Arsenal. Palace have had nine days off, while Hammers boss David Moyes is struggling a bit for players because of injuries and suspensions – but I still see this one ending up as a closely fought draw. Lawro’s predicts a 1-1 draw.”

Lawro’s guest predictor Ed Lay from rock band Editors (I’ve no idea who is he is) is an Ipswich fan so is less generous with his prediction.

Lay said: “This is quite interesting because I like the rebirth of these two managers. Palace fans were not particularly excited when Roy Hodgson was appointed and Moyes was not a popular choice either. So I am glad they have done well although, geographically speaking, West Ham are on the cusp of being Ipswich’s rivals. I never wanted them to do well after the way they ended up with the Olympic Stadium either.So good luck to Moyes, but I would like to think Palace will win it. 0-2”