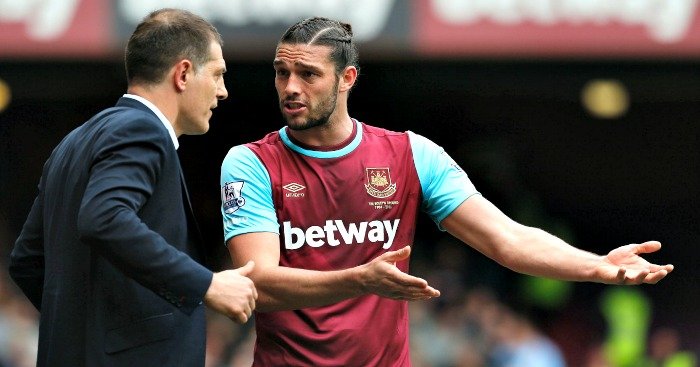 Slaven Bilic has warned Andy Carroll that there will be no automatic new contract offer from the club until he has proved his fitness.

Thee manager  clearly sees the striker as his No 1 but he refuses to commit himself on a new deal for the Geordie after months and months of injuries.

Carroll is now into the final two years of his contract and in normal cases he would be in a situation where talks were being held or immient but that is definitely not the case.

Bilic said: “He’s got two years and this is to be fair his season to be fit, to stay fit, because if we are talking about his contract, the question mark about him is his fitness, how much he is available during the season.

“We are doing things a little bit different in terms of we are not pushing him as soon as he was back.

“I remember two seasons ago or even last season that they told us it was always the case in his career, after a couple of sessions rolling up the sleeves and roll inside and 100 mph straight away.