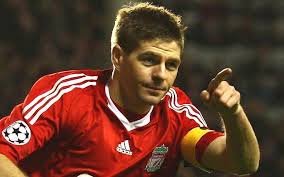 Karren Brady reckons West Ham could be the perfect next destination for Steven Gerrard.

She believes there’s plenty of game time left in the 34-year-old and that it is his critics, not the man himself, who should be put out to pasture.

Writing in her Sun column she says: ‘Gerrard is capable of playing in all manner of roles, he’s a terrific example to his team-mates and clearly a sound adviser of the manager’s.

‘Steven, if you want a new home, West Ham could be the very place!’

Speculation has the former England captain possibly opting for Asia or the MLS  but Brady clearly sees him as a possible addition to the Claret and Blue army.

Kop chief Brendan Rodgers has revealed that Gerrard’s been offered but not taken up a deal beyond this season thus prompting Brady to add: ‘He has several good years in him yet.”
Permalink