Brady “shivers” as Irons hover over the “abyss” 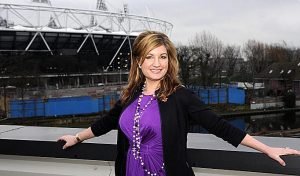 Karren Brady has told of her hatred of the Championship.

In what may well be considered her ill-advised Sun column she explains why she loathes the League with real intensity.

She declared that it’s a constant reminder of the of “the abyss beneath the Premier League”.

The Hammers are currently caught up in a relegation struggle – being just three points off the drop zone despite being in 12th place.

She writes:  “I hate the Championship. Not because it’s a bad competition or poorly run. No, what I hate is, its presence reminds me of the abyss beneath the Premier League.

“And the spectre haunts every club among the nine or ten who consider themselves — excuse my shivers — possible victims of the dreadful fall to the land inhabited by current A.N. Others.

“Because the Premier League is so special for footballers and accountants, even the rest of the world is in awe of it. The richest, most watched, most televised, it stands above every other league. And statistics from UEFA now show it.

“These stats on total attendances also show which league is third — the Championship. It totalled 11,086,368 to the Prem’s 13,607,420 last season, with the Bundesliga taking second spot.

“So why should the Championship cause such extreme feelings among bottom-half Prem clubs? The fear of long decline is one reason. Appearing in Hollyoaks when you could be in Hollywood is another. Money from TV and the likelihood of lower attendances is a third.

“However you look at it, the Championship is a vibrantly thrilling competition. However, with respect, I’d like my team to stay where we are.”

25 comments on “Brady “shivers” as Irons hover over the “abyss””