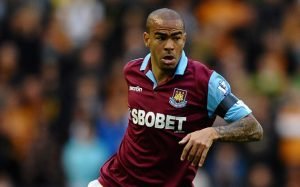 Karren Brady believes that  Kieron Dyer’s book ‘Old Too Soon, Smart  Too Late’ is a big reminder of how the game has been moved on.

Dyer, made only 22 appearances and had never played a full 90 minutes for West Ham but was the club’s top earner on £83,000-a-week.

He has some critical remarks of the club in the new book but Brady describes it as ” fundamentally the story of a boy with god-given talent blighted by demons,  injuries and bad calls.”

And she explains in her Sun column: “The book is a reminder of how football has moved on. The care and education given to players these days has made a huge difference to their mental health, careers and earnings.

When I joined football nearly 25 years ago, a man with a sponge tended to injuries. and players were given lessons in drinking and gambling!

I worked with Dyer in 2010 and found him to be pleasant and respectful and, no doubt, easily led. I tried my best to help him with his injury issues and get him back playing. But it wasn’t to be.

But on the field he was practically a phantom — scoring no goals in 35 matches over four years.

Despite what he says in the book, I — for one — did not resent what he earned. Getting wound up about what players earn is pointless.”

One comment on “Brady “tried best” with injury-stricken player”