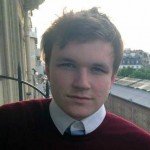 previews tomorrow’s big event at the Etihad and recalls the days when we were final day party poopers !

So it all comes down to this. On Sunday afternoon in Manchester, Sam Allardyce, Andy Carroll, Kevin Nolan and the boys form the last line of defence between money-bags City and the Premier League title.

All eyes will be on the Irons, almost every neutral a West Ham fan for the day and yet simultaneously writing us off.

There has been widespread admiration for Liverpool boss Brendan Rogers and his side this season. It has been a remarkable turnaround for the Reds who finished a lowly seventh last term, 28 points off champions Manchester United.

Rightful praise has been bestowed upon the fast, counter-attacking brand of football that Rogers has implemented, built around a wealth of talented Englishmen.

It is easy to argue that if Liverpool come up short – having been so in control –the psychological effect of such surrender will have a lasting and damaging impression on Gerrard and co at next month’s World Cup.

There are clubs that football fans love to hate much more than Manchester City. Aside from their spending, in Manuel Pellegrini they have a manager who does not court controversy and the playing staff lacks a pantomime villain of the standing of Luis Suaréz.

But football fans love drama, they love a story, they love the twists and turns. Whatever their allegiance, they want days to remember akin to Sergio Aguero’s last gasp strike on the final day in 2012.

Enter West Ham United. At a stonking 17/1, the bookies don’t give us a chance, and why should they? They remember the 6-0 thrashing at the Etihad, even if those in claret and blue have blocked it out.

And who could resist a strike-force that includes the fit-again Aguero, a rejuvenated Edin Džeko and countless others who have notched a fantastic ton this season.

But, as we all know, West Ham have previous. Alex Ferguson’s Manchester United came to Upton Park on the final day of the 1994/95 season knowing that a win, coupled with Blackburn failing to secure victory at Anfield, would crown them champions.

Despite the bitter rivalry between the two clubs, a John Barnes strike and a late Jamie Redknapp winner meant Liverpool held their side of the bargain – but the Red Devils could not capitalise. Much like this Sunday, West Ham – in 13th – had little to play for apart from the delight of ruining United’s dreams of silverware.

A wonderful volley from midfielder Michael Hughes, his second goal for the Hammers, put us ahead on 31 minutes. Brian McClair leveled for the visitors to set up a frantic finish. Irons legend Ludo Mikloško (pictured above)  stood firm in the West Ham goal, handing Blackburn the title – much to the dejection of returning outlaw Paul Ince (Shame eh?).

While we’re at it, what about 7 May 2006? A day that leaves a bitter taste in the mouths of our friends at White Hart Lane. The game had been in doubt after many of the Spurs squad were stuck down with food poisoning courtesy of a dodgy lasagne.

Goals from Carl Fletcher and Yossi Benayoun scuppered Tottenham’s Champions League hopes and left ‘Bubbles’ ringing around Arsenal’s Emirates Stadium (One Gunner I bumped into on the train back remarked that it couldn’t happen to a nicer club).

The next week, it was United who were the Irons’ final day victims again. Carlos Tevez inspired a truly great escape from relegation at Old Trafford.

On Sunday we have the opportunity to secure another famous win. Ironically, for better or for worse, a win against the Citizens may force the two Davids to think twice about sacking Sam Allardyce.

The eyes of the football world will be cast on the Etihad, no-one expecting a West Ham win. But with the pressure off – and the morale-boosting win over Tottenham still fresh in the memory – stranger things have happened.