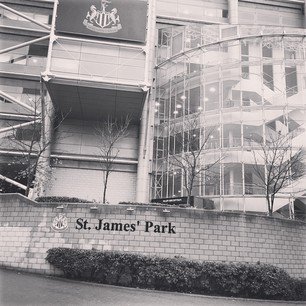 Andy Carroll’s future is at West Ham United into the forseeable future!

This really shouldn’t and wouldn’t need repeating but for a picture that was posted on his Instagram account of St James Park – SHOWN RIGHT.

It was accompanied with the hashtag #reminiscing

The image was seized on by the local Newcastle press as another reason to run the ‘AC for Newcastle story’ again.

However, they took good care to repeat that his agent Mark Curtis had made it clear there was no way it would be happening.

And as is always the case the tale found it’s way into the national media.

But ClaretandHugh ensured the question of Carroll’s future was a central question in a recent interview with Hammers co-chairman David Sullivan.

In response to the question he said: “He’s a very important member of the squad. He was sensational when he came on against Aston Villa.”