Carroll return would be a “funny” Newman move 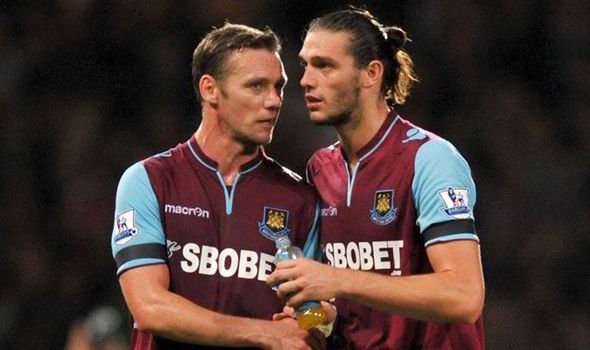 Are the big buddies to be reunited?

Suggestions tonight that Andy Carroll could make a return to the club has received a mixed reception from Hammers fans across the ClaretandHugh forums.

David Moyes and the club have remained quiet and thus far we have received no response from enquries of our various sources.

That may mean everything or nothing as the Hammers hunt for a back up striker to Mickey Antonio who is being nursed through a crowded fixture list and is likely to be away on the upcoming international  break.

Regular ClaretandHugh follower Johnham1 has a very firm view on the possibility of the big Geordie returning to the club declaring: “It would be so funny if our new head of recruitment’s first signing is Andy Carroll !!!!

“I am beginning to wonder why we have appointed him because it is clear nothing has changed. It is quite amazing that the plans were not in place and the players who could be got lined up.

Moyes needs to step away and let Newman do his job because the signings of Kral and Vlasic have been extremely poor, the signing of Vlasic looks to be up there with the signing of Felipe Anderson.”

There’s some good points in there and let’s remember who is Carroll’s big mate – that’s right a certain Kevin Nolan.

One comment on “Carroll return would be a “funny” Newman move”