West Ham this afternoon reacted to angry fans who had been held online trying to book tickets for the FA Cup replay clash with Liverpool by thanking them for their patience.

But it did little to calm fans who had seen the club’s ticket buying operation go into meltdown as fans tried to get through with some claiming the website had crashed as well.

A club source explained that they had been hit by unprecedented demand and made it clear that they were deeply grateful to supporters for their patience. 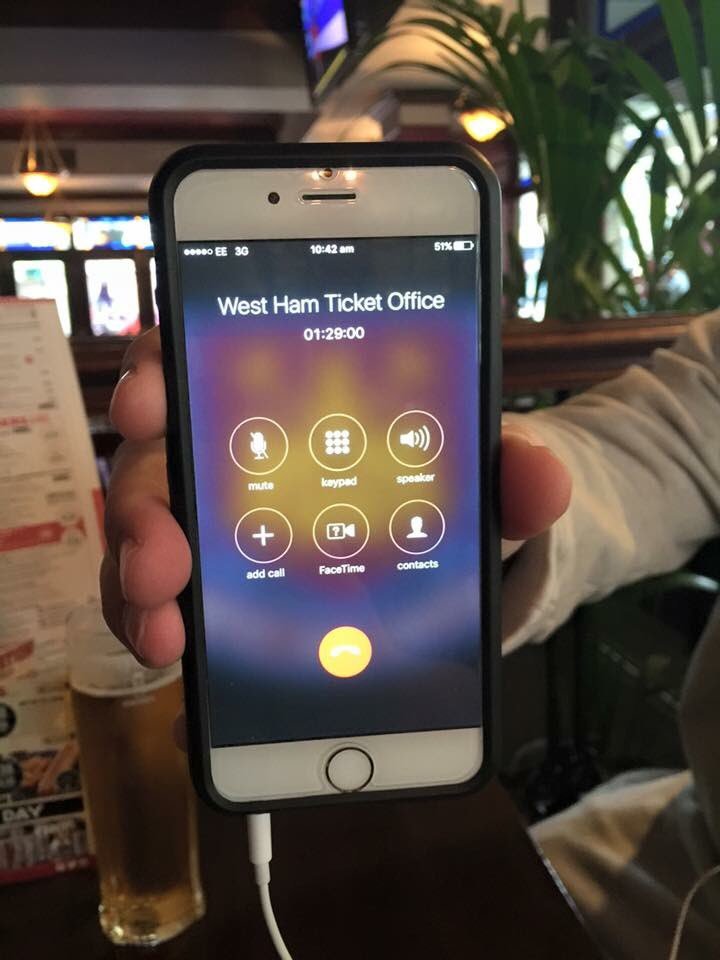 But that did nothing to calm fans, some of whom had been on to the ticket line for hours with @NeilTidd1969 contacting us to say: “I’ve been on trying for LFC Tickets 3 1/2 hours, got to third and was then bumped back 82nd I’ve never felt more let down or angry 12p a minute .. the website crashed every time too.  It was chaos. 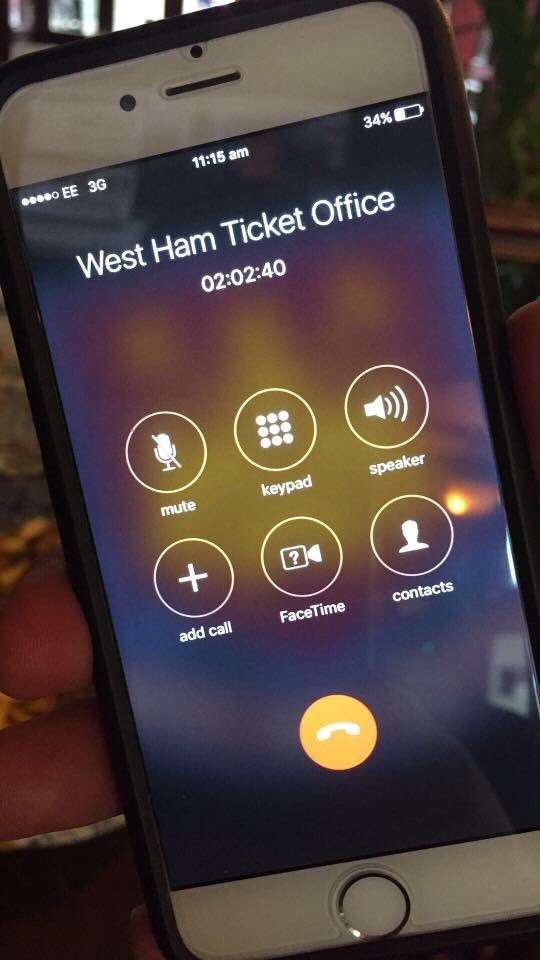 I am so upset. It was today. 4 1/2 hours in total at 12p a minute, get to 2nd in queue then bumped to 82nd back to 15 then line went dead. I’m that upset I’ve just binned 30 years worth of shirts.
Many other fans contacted us to claim they had been on for hours and that the line had quite simply gone into meltdown.
Permalink