Confirmed: Carroll and Randolph out on the town 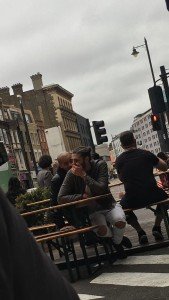 With widespread  stories circulating on social media that two West Ham footballers were out on the town today at a time when the manager is under intense pressure, ClaretandHugh has been conducting it’s own inquries in a bid to discover the true facts.

Had the story not appeared already on national newspaper websites we would have had to think  carefully about our approach to this story but since it has been taken out of our hands here’s what we discovered.

Having learned the names of two places that Andy Carroll and Darren Randolph allegedly visited on their journey we have to report the stories appear to have  substance.

He said: “There have been suggestions they were both the worse for wear but that didn’t appear to be the case to me.
He laughed: “However, they were here very early. Six am visitors are quite rare and it was something of a surprise that two West Ham footballers should be here at that time. I recognised them as being Andy Carroll and  Darren Randolph.” 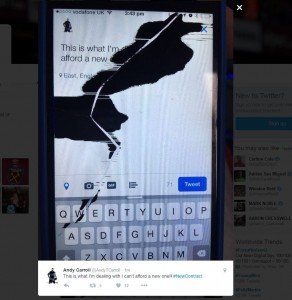 However, a staff member at another stop on the journey – Voodoo Ray’s – a Pizza house  in Shoreditch – explained that her experience was somewhat different when the pair arrived at around noon.


She said: “I’m not a football person so I wouldn’t have recognised them.”

When it was explained to her that one was of  mixed race and the other a tall white man of around 6ft 5 in she immediately recalled an incident around noon.
She said: “Yes, the white guy was outside although clearly visible but the mixed race guy was incredibly abusive and in the end I had to call security to have him removed. They looked as though they had a night on the town and appeared to be pretty ropey.“
A West Ham United spokesman told ClaretandHugh: “The club will be looking into these allegations and will deal with the players as we see fit”
Above we publish a picture of the pair on their travels and bizarre tweets from Andy Carroll once the stories hit Twitter.
Permalink

15 comments on “Confirmed: Carroll and Randolph out on the town”