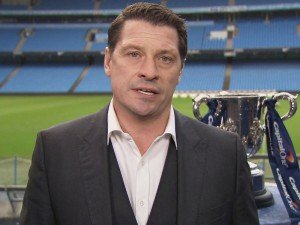 Speaking on TalkSport radio TC said: “I think you’ve got to understand how the fans feel at the moment, they are very, very frustrated, this has been going on for the last two years really, the last two seasons,  lot of it goes back to leaving their beloved Upton Park and the fans are just so frustrated and if you add into that poor performances in the transfer market, poor performances on the pitch and you then go and lose to one of your relegation rivals Swansea 4-1 then you can understand the fans being angry.

“There was a lot of talk about this march going on and hopefully the board will listen to the fans, the fans are crying out for answers to all the promises that they were given and the board has got to answer these promises.

← Players must show they care as much as us!
Former Hammer slammed by Ranieri →
Click Here for Comments >

11 comments on “Cottee calls for change at West Ham”