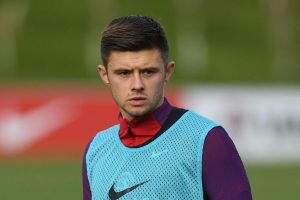 Interim England manager Gareth Southgate handed Cresswell his first cap for the Three Lions after he brought the 26-year-old on for Danny Rose in the 78th minute of the friendly tie on Tuesday. Cressie came into Southgate’s squad due to an injury to Danny Drinkwater. The irons left-back endured a tricky time against Julen Lopetegui’s men with both of Spain’s goals coming down the left flank, which ensured the visitors walked away from Wembley with a 2-2 draw.

While many West Ham fans on Twitter were pleased to see Cresswell finally get his chance, others were not so pleased with his showing claiming it would be his first and last appearance for England..