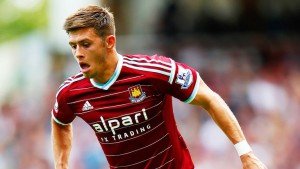 Aaron Cresswell is thrilled that Pablo Zabaleta has joined the club recalling his “fantastic ” record at Manchester City.

The Hammers’ England international declared: “Watching him throughout his time with Manchester City, which was nearly a decade, the things Pablo Zabaleta did for that club were fantastic, winning Premier League titles cups and the like.

He will now bring those qualities, his loyalty and experience to West Ham and his presence will only help us, not only his fellow defenders but the whole team.

“I spoke to Joe Hart while I was away with England and Joe could not have spoken any higher of him, saying he is a great teammate, a great lad and top professional.

“His quality is there for all to see, so he is a great addition to the squad. Pablo will not only make his presence felt on the pitch, but his experience will rub off on the young lads around the training ground.”