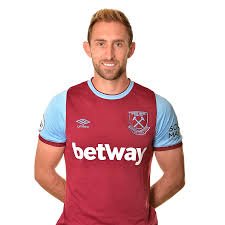 West Ham’s heroic central defender Craig Dawson is just a couple of Premier League appearances away from him becoming a permanent signing.

A clause was attached to the loan deal by Watford that should he make a certain  number of appearances – believed to be 14 – the Hammers would be obliged to sign him permanently.

And with no Angelo Ogbonna available right now, that would mean he is set to become a full time Hammer should he appear in the next two PL games against Manchester United and Arsenal.

We understand that the fee was set at a mere £2.2 million for a player who has  been totally outstanding since arriving in the team against Southampton on December 29.

Since arriving in our first team he has become a huge favourite and will now become another fabulous cut price signing for David Moyes.

Seems than we more than got outr own back on the Hornets who ‘pinched’ young right back Jeremy Ngakia from us.