Demel would take pay cut to return to Hamburg 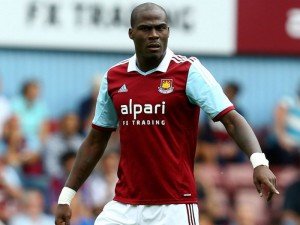 Reports in Germany suggest Guy Demel is contemplating a  return to his former club Hamburg.  The report in SPORT.BILD  claims Demel recently flew back to  Hamburg to watch a relegation match against Fürth.

The report claims he could look to be released from his existing contract with West Ham  and would even accept a reduction  in current salary to rejoin Hamburg.