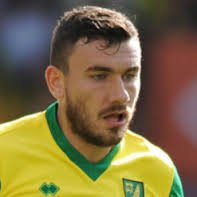 Robert Snodgrass is a Norwich City doubt for the clash at the Boleyn on Tuesday night and will undergo a fitness test after missing the side’s  0-0  draw against Manchester City with a groin injury.

Manager Chris Hughton confirmed too that Ryan Bennett (thigh) and Jonas Gutierrez (calf) will miss the trip to Upton Park, with Newcastle loanee Gutierrez also out.

He said: “We have a chance with Robert (for West Ham). He will have a fitness test tomorrow if we get to that stage with him, but he is looking a bit more promising.

Jonas and Ryan are both out. Jonas just has a calf strain and we feel it might be two to three weeks.”

In the absence of Andy Carroll, teh Canaries boss identifies Kevin Nolan as a major threat to the Canaries.

He said: “What West Ham have shown is that when they have looked for a goalscorer or a bit of inspiration, then Kevin Nolan has come up trumps for them, and that is the type of individual he is.”