Posted by Sean Whetstone on April 7, 2020 in News, Whispers 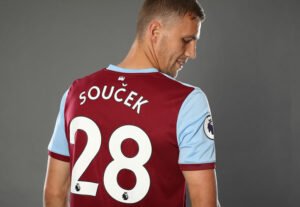 FIFA has published a set of guiding principles for players whose contracts including loans expire on 30th June.

The world’s football governing body wants to avoid legal action between players, clubs and football authorities so has published some guidelines for football to follow collectively.

FIFA says where a player’s agreement is due to expire at the original end date of a domestic season, such contract expiry is extended until the new end date of the season however long that might be.

On Loans, FIFA say the regulation to force loans to end on 1 July 2020 is postponed until further notice.

The guidelines do mean that Pablo Zabaleta and Carlos Sanchez contracts will also be extended to the end of the Premier League season whenever that is.

← Video: Every Mark Noble Penalty (All 42 of them!)
£30m Gold and Sullivan won’t get back →
Click Here for Comments >

One comment on “FIFA clarfies position on Tomas Soucek loan”