Former ref claims he was told to turn blind eye 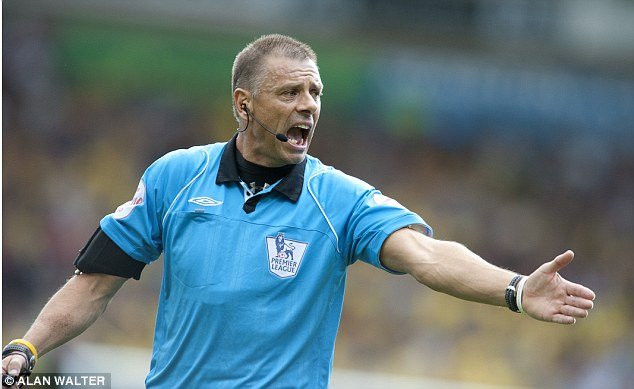 And he has declared he was told by his superiors to say he had not seen controversial incidents in matches.

Halsey suggested during a Twitter conversation on Friday that Professional Game Match Officials Limited (PGMOL) – the governing body for elite referees in England – instructed him to claim he hadn’t seen flashpoints when he clearly had.

It follows the debate over Sergio Aguero’s elbow on Winston Reid during Manchester City’s win over West Ham last weekend, which has led to the Argentine being handed a three-match suspension.

City appealed the ban because they refused to believe referee Andre Marriner’s assertion that he had not seen the incident, which occurred in the 76th minute of City’s 3-1 home win.

But Aguero has been charged with violent conduct following a retrospective review of the incident and received a ban that will keep him out of the Manchester derby with United on September 10.

Now Halsey’s comments appear to indicate that top level officials have long been told by PGMOL to claim they didn’t see moments of controversy.

Replying to another user, he tweeted: ‘I have been in that situation when I have seen an incident and been told to say I haven’t seen it.’

In a later reply, he said: ‘To be fair to the FA… it’s not them. It comes from within the PGMOL.’