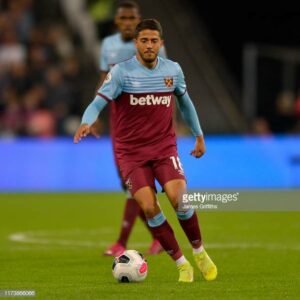 Maybe the quickly improving Hammer is a member of the Spanish Appreciation Society from way back but there’s probably few who would  disagree with him over Silva’s abilities.

Pablo  is a big admirer but the reality is most of us would prefer to concentrate on his abilities which have probably nailed him a place in the first team when we finally get back to playing games again.

He has been aggressive and determined during the recent semi recovery and looks certain to be involved in the midfield alongside Soucek, Rice and Bowen when that time returns.

And it’s difficult not to see him claiming a place in a four man midfield alongside Soucek, Rice and Bowen one we get underway again.

← Finnish Hammers send message to us all
Poll: What should top flight players do with wages? →
Click Here for Comments >