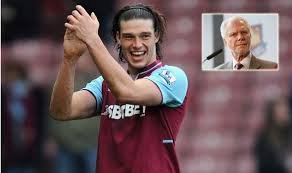 David Gold – having appeared to accurately predict a November return to action for Andy Carroll – has accepted the striker will have a tough call getting back into the team.

The medics are claiming privately that the big man will be available for the home match against Newcastle on the 29th of November but the co-chairman believes it could be earlier.

He said: “Andy welcomes the competition he is facing from other strikers and he is working really hard. He knows the pressure is on and that’s a good thing. It helps everybody’s game

“There’s always the chance he could be back earlier and the new signings have given the manager options he didn’t have before.

“When all the strikers are fit and firing we face a very interesting situation – we’re all looking forward to that.

“Diafra Sakho and Enner Valencis have been a total revelation and will get better. Things look great and it throws up some very interesting selection issues.”