Hammers bid for right back rejected 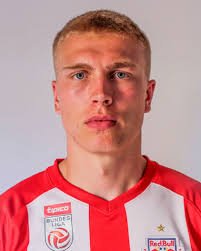 West Ham’s bid to sign RB Salzburg’s right back Rasmus Kristensen has been rejected Claret and Hugh has learnt this evening.

The 22-year-old defender won the Eredivisie with Ajax last season, but only made 20 league appearances in 18 months at the club and struggled to usurp Noussair Mazraoui before American teenager Sergino Dest emerged from the academy.

Kristensen joined Salzburg for an undisclosed fee – believed to be over the €5m initially paid by Ajax – on a five-year contract in July and started each of their Champions League group stage games, including the club’s two defeats against Liverpool.

Earlier today David Moyes teased reporters telling them a firm bid had been made for a player who was not a striker. That player is now thought to Rasmus Kristensen.

There is thought to be interest in Spurs Kyle Walker-Peters on loan as well as a number of other young right-backs across Europe.

West Ham are thought to have made multiple enquires about a number right-backs in the run-up to transfer deadline day on Friday.

7 comments on “Hammers bid for right back rejected”