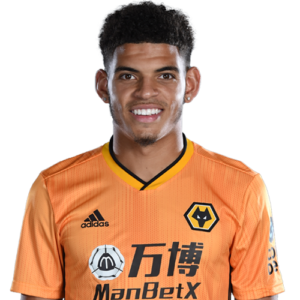 The latest Hammers target on a seemingly never ending list of them is Wolves midfielder Morgan Gibbs-White.

The story is reported in the Daily Mail who claim that the Hammers could move in due to his lack of game time with such as Portuguese duo Ruben Neves and João Moutinho in the squad.

Capped three times by England Under-21s, Gibbs-White has made 70 senior appearances for Wolves – although the majority came during their Championship years – and although the 20 year old would presumably be happy with a move it looks unlikely.

A product of the Wolves under 18 group he can play either in central midfield or as an attacking midfielder. He fits the Moyes agenda of youth and energy but  has only appeared in 14 Premier League games.

The Hammers are particularly strong in midfield and it is well known that Moyes will be looking at his full backs and central defenders plus a back-up striker if he can raise sufficient cash.

← Dec on the fans: “The love, the support they give is incredible”
Hammers deny new striker offer →
Click Here for Comments >